Deprecated: Return type of Requests_Cookie_Jar::offsetExists($key) should either be compatible with ArrayAccess::offsetExists(mixed $offset): bool, or the #[\ReturnTypeWillChange] attribute should be used to temporarily suppress the notice in /home/returng1/public_html/wp-includes/Requests/Cookie/Jar.php on line 63

Deprecated: Return type of Requests_Cookie_Jar::offsetGet($key) should either be compatible with ArrayAccess::offsetGet(mixed $offset): mixed, or the #[\ReturnTypeWillChange] attribute should be used to temporarily suppress the notice in /home/returng1/public_html/wp-includes/Requests/Cookie/Jar.php on line 73

Deprecated: Return type of Requests_Cookie_Jar::offsetSet($key, $value) should either be compatible with ArrayAccess::offsetSet(mixed $offset, mixed $value): void, or the #[\ReturnTypeWillChange] attribute should be used to temporarily suppress the notice in /home/returng1/public_html/wp-includes/Requests/Cookie/Jar.php on line 89

Deprecated: Return type of Requests_Cookie_Jar::offsetUnset($key) should either be compatible with ArrayAccess::offsetUnset(mixed $offset): void, or the #[\ReturnTypeWillChange] attribute should be used to temporarily suppress the notice in /home/returng1/public_html/wp-includes/Requests/Cookie/Jar.php on line 102

Deprecated: Return type of Requests_Cookie_Jar::getIterator() should either be compatible with IteratorAggregate::getIterator(): Traversable, or the #[\ReturnTypeWillChange] attribute should be used to temporarily suppress the notice in /home/returng1/public_html/wp-includes/Requests/Cookie/Jar.php on line 111

Deprecated: Return type of Requests_Utility_CaseInsensitiveDictionary::offsetSet($key, $value) should either be compatible with ArrayAccess::offsetSet(mixed $offset, mixed $value): void, or the #[\ReturnTypeWillChange] attribute should be used to temporarily suppress the notice in /home/returng1/public_html/wp-includes/Requests/Utility/CaseInsensitiveDictionary.php on line 68

Deprecated: Return type of Requests_Utility_CaseInsensitiveDictionary::getIterator() should either be compatible with IteratorAggregate::getIterator(): Traversable, or the #[\ReturnTypeWillChange] attribute should be used to temporarily suppress the notice in /home/returng1/public_html/wp-includes/Requests/Utility/CaseInsensitiveDictionary.php on line 91
 THE FORCES OF 2023 – RETURN ALL GLOBAL MINISTRY INC.
Skip to content

Thank God for revelation of deep things thus far. As privileged kings in His battalion, we are searching out deep things by His Spirit. What an honour! All the glory to the King of kings and the God of all flesh. Listen to me; the year 2023 is already set for your Establishment in Honour. Nothing will permit shame around your life anymore in Jesus name. Amen!

A couple of months back, I found myself in a very difficult situation. Though the LORD had informed us that difficult times will come, so it was not strange. However, it was not a palatable period, but by His Grace we stayed committed to God; hallelujah! Then, the LORD sent His servants, Daddy and Mummy Famonure all the way to visit us in Makurdi. God instructed me to invite them, and we did. Their visit was such an encouragement to us. God used them to lift us up in everyway; I can never forget. On that visit, they came not just as Spiritual Covering, they came as Deliverers for that moment.

The LORD revealed to me that; there are two main forces marshalled to dominate the year 2023 and the days ahead. These forces will affect every facet of human endeavour. They are not new; they have been in operation on this realm for long; but in 2023, their manifestations will determine what happens to humanity in the coming days. So, it is paramount that you watch your association very closely in 2023.

1Kings 3:3 says, “And Solomon loved the LORD,…..” but chapter 11:1 says, “But king Solomon loved many strange women,…” The heart of Solomon had switched from passionately following God, to satisfying the desires of strange women. What happened to Solomon? Was this a bewitchment? And the Spirit of God told me, “the primary tool the devil used to capture king Solomon was association. The moment he began to associate with gentile kings and allow them to influence him, his passion for God began to drift until he lost control of his integrity to make quality decisions in pursuit of God.”

Listen to me child of God, the devil is after your fire. Motivational quotes have advised you to network. I have come to warn you to network with discernment. Watch your association. That a person is rich does not mean that you allow him or her into your alliance and inner circuit. Associate with people but be very careful who influences your life directly and indirectly. Solomon gathered the wrong influence around his life, and the devil won him cheaply. Wrong association is still an effective tool in the devil’s hand; the enemy will engage this tool a lot from 2023. Watch your space, guard your heart. You are in same grade, does not qualify him or her to be your “friend.” Greet them, but keep it at that level. Child of God, watch your heart and what influences your decisions.

Do not bring any association to a level where you cannot say “NO” to evil if it is presented. One of the greatest strengths a person can possess is the ability to say “NO” to evil, no matter who offers it. Wake Up!

Then, especially in 2023, we will begin to see the manifestation of the Ministry of Deliverers. Who are Deliverers? They are God’s tools built to bring deliverance to those who are destined for the top but cannot help themselves reach that height. Deliverers do not only to win their personal battles but also step into the battles of other people, and win for them.

2Chron. 23:9-11 says, “Moreover Jehoiada the priest delivered to the captains of hundreds spears, and bucklers, and shields, that had been king David’s, which were in the house of God. And he set all the people, every man having his weapon in his hand, from the right side of the temple to the left side of the temple, along by the altar and the temple, by the king round about. Then they brought out the king’s son, and put upon him the crown, and gave him the testimony, and made him king. And Jehoiada and his sons anointed him, and said, God save the king.”

Joash was destined to be king, but as a child, he had to be stolen and hid from Athaliar who was a threat to the royal lineage. Athaliah killed the entire royal lineage, but Joash was lucky to be stolen and kept away. Few years later, Jehoiada the priest rose up to enforce the enthronement of Joash as king. Joash was just a boy, but without notice, God made him king. He sat upon the throne of his father, right in the face of Athaliah, their enemy. Jehoiada was his deliverer, the vessel in God’s hand for Joash’s Enthronement and Establishment in Honour.

Listen carefully please, God told me that 2023 is our year of Establishment in Honour. God will enthrone you, forget about your age and level. This year, God is sending deliverers to enforce the honour of His people. Men and women who are not seeking personal gains will show up for you, they are stronger than your enemies. Deliverers are authorities to whatever threatens you. They will step in and see to your Establishment in Honour in 2023.

If you receive a prophet as a teacher, all you will get is his teaching, you cannot access the prophetic rewards. Be careful how you treat people this year. Matt 10:41 says, “He that receiveth a prophet in the name of a prophet shall receive a prophet’s reward; …” If you belittle those that God sends for your deliverance, you have lost it. This is a heart matter.

Young people in churches, be careful. Adults and leaders in God’s house, be careful. Set pride aside, and understand that a major answer to your fasting and prayers this year is the operation of deliverers. They may not appear as fascinating, but be discerning; submit to God and honour them.

One More Note of Love

Furthermore, on this note of association, take heed, you need the right people in your journey to the fulfilment of destiny. No matter who your spiritual father is, he only sees in part. You need teachers and they could be many because there are many subjects to learn and attend to.

You need teachers and in the contemporary space, they are fondly known as mentors. If God has shown you that you would be great in the medical field, as much as you need your Spiritual father’s covering to excel, he would not be able to help you in that field if he is not an authority therein. So, God could gladly provide a Christian mentor for you in that field to teach you the paths to follow.

Allow God lead you. Watch your association. Deliverers are on assignment for your rescue and enthronement in Jesus name. Have a blessed 2023 in Jesus name. Arise!

If you are called to be a Saviour in Ministry or in your Career Path, or you want to know more about the life, patterns and Ministry of Deliverers, then get the Mp3 audio below. 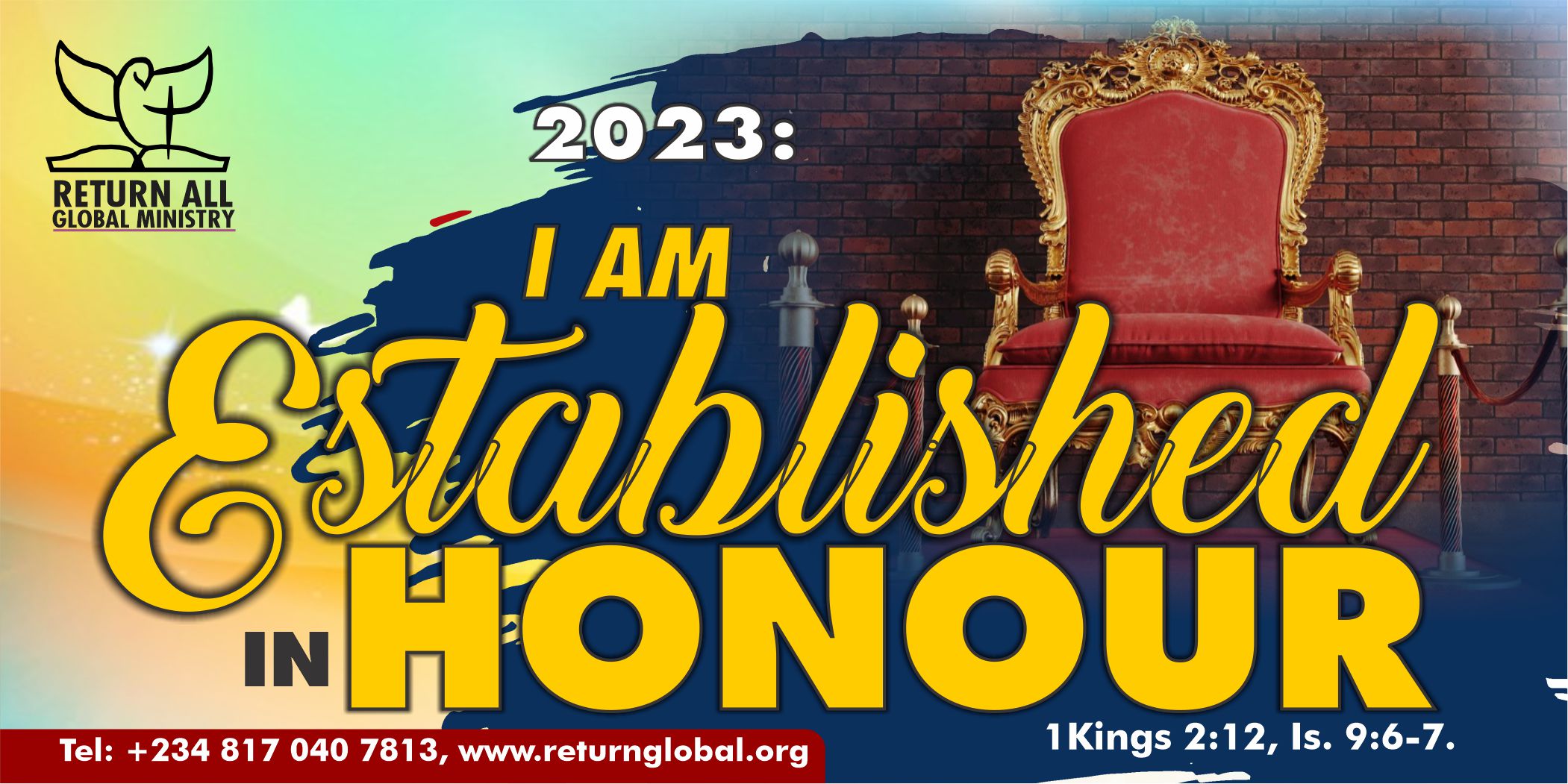 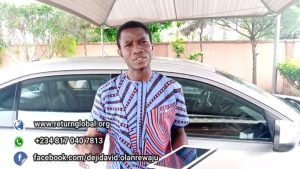 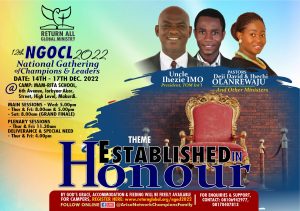 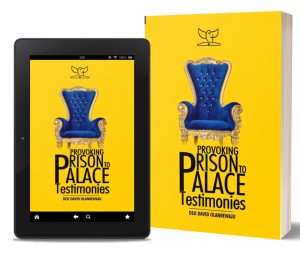 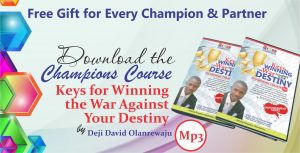 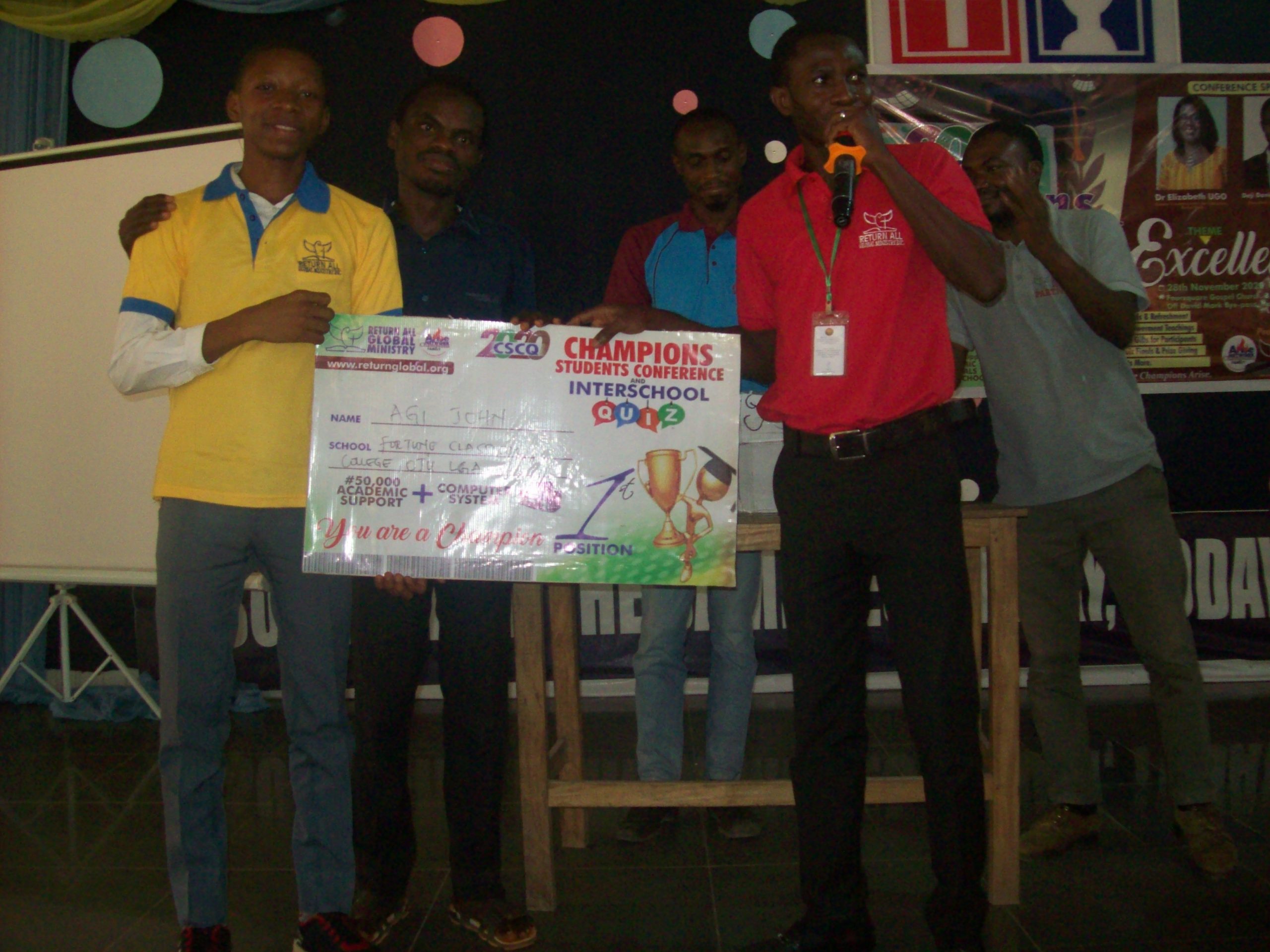 FINANCIAL INTELLIGENCE FOR LIFE AND MINISTRY

PILLARS OF A GODLY HOME

CARING FOR THE HARVEST

MOBILIZATION AND GENERATING SUPPORT FOR MINISTRY